as found on deviant art, so i figure i'd have a go and spread it further a field. 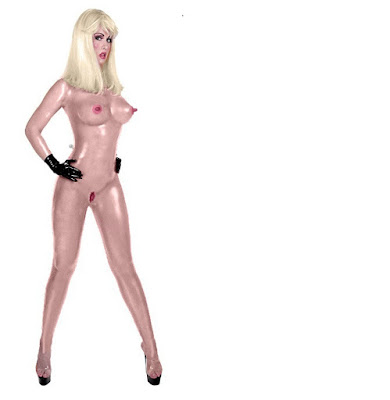 loads of dolls / tf in their artwork;  chasetruth on Deviant Art

xx
Posted by Asudem Latex at 11:39 AM No comments:

i'm being made into latex by the wonderful renderer Lenni543210 on deviant art.

she had done a couple of sequences where other DA readers id's characters find her in situ and asked to be made over in latex...

needless to say i was a intrigued, sort of jealous and wishing to fall under her spell and skills. i did eventually.

the two panels and short text is done now but not published. as i tend too - i got carried away and rounded out the text, details, backstory etc. insider tip; she used my crap selfie as reference for the before shot though my hair is never that tidy or slick.

here's what caught my eye: Rubberised part 1 and Becoming-A-Rubbergirl.

the full text which i may add too....

Just relax, dear acolyte. I did hear your wishes. Your continued worship of expensive latex fashion summoned me with such a deep heartfelt desire. I know you’ll be a perfect addition to my world. Your are to join US - become as we are.  I am transforming you into a latex being to satisfy us both our needs - A pretty living doll. You’ll make a prized position in my bed and room.

M-my entire body tickles, becoming slick and tight… i hear squeaks when i move. my - my mind and body feels slick…. let me serve you. let me please you eternally in latex my Goddess. I am a good toy. (silence)
frame 2

Oh your now so look cute in those shiny latex items; my little doll. Only a hint of your identity remains, so submerged you are in latex. None of your friends could ever tell. A latex being now, bound to forever wear latex; my mannequins always to hand dressing, animating and caring for you in my absence. Now girls, give her a seductive pose and put her in my bedroom once you’re done.
++++ (serious extra)

utterly cute - check, totally latex - check, no ability to move without me or her sister mannequins - check, can only wear latex - check. dedicated to worshiping me and latex - well thats the first reason i selected her so - check. Hmm almost there but missing…. Ah, the last part - join me in bed doll. Satisfy me. (kisses deeply).  Three hrs later - the sheets now turned to latex (side effect of passion) - yes your a definite keeper. Cuddles her doll deeply, entwined. Lets out a purr…

“I need to ask, make it official for this last permanent change; give me your will. ‘Of course, I am a good doll. I am made to please always and forever’.  They kiss deeply -  an odd feeling. Arises, a click. A key hole appears on the back of the dolls neck just peaking out of her latex ruffled collar.

Purrrfect. How does it feel? “I don’t feel anything new”. Oh its deep but its there. Your now utterly automatic. My automatic doll… you can’t express any free will at all. Any movement more noticeably mechanical you see. A perfect toy. No questions, no deviation. Extreme bondage without the clunky accessories. Also I can pose you standing for weeks, months and even years and you’d never know. Perfect for window display duties.

Now your truly a toy and I rather leaving the doll at home, you’ll be be an envoy, a tease, a lure to expand my legions. Posed in a top fetish shop window of my deciding, my mannequin slaves attending, - jailers, - dressors. forever changing your poses, dresses etc while not needed servicing in the bedroom.
Posted by Asudem Latex at 11:22 AM 2 comments:

spot the latex by London's House of Harlot

i swear the designer has been following Andy's latex blog.


what do you think? (towards the end). also spot how much latex besides the classic basic yellow raincoat. 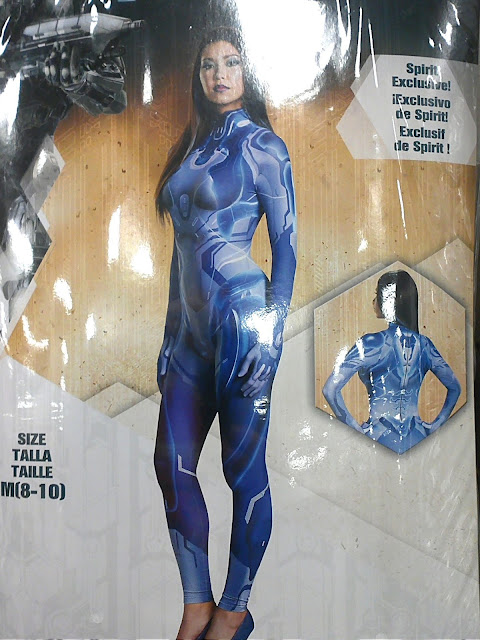 spotted in a halloween pop up store in Canada a couple years ago apparently.

now how do we get the chinese cosplay makers to do ASFR styled outfits?

ongoing medical crap is ongoing. so hense my lack of posts and off and barely appearing in Second Life since May. that fragile doll isn't just a metaphor in my case. :-(

in my case is where i presently reside, pretty well acquired now by Peachy Moonwall. im's cut off a good part of the time buy feel free to email me at asudemlatex@yahoo.com or you could msg her and see where you get. 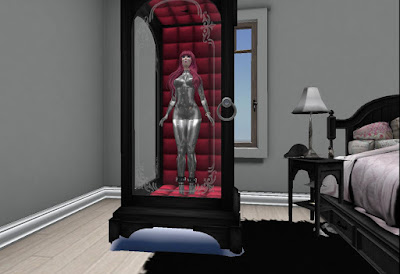 i don't even think i can do notes - so email me. blog posts will continue to trickle forth when not reduced to a plant like existance in a hospital bed, tube going in and out. 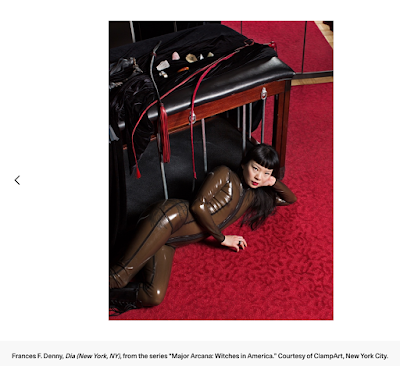 as you may have noticed the hints of the magical, goddesses, dolls as tottems etc in my blog. sometimes even resulting in a story or at least a caption.

one such modified image / captioon was about a domme witch into latex and finding the reader, proceeds to take her deeply into even more latex and eventually make her very own sub/doll out of her with such raw potential being displayed for the world to see.

surprise, surprise - while i occasionally meet a mistress in SL that has some of these tendancies for the craft, a new book on 'Witches in America' pop'd up on a feed and the last image is a head to toe latex witch in her dungeon....

i wonder if she makes rubber dolls? anyone know or recognize her?

any serious latex mistresses out there also witches? how does it all mesh together?

i do have a Deviant Art account and do collect images and artists I like there - so if you need a faster update of my particular fetish - head on over: https://www.deviantart.com/asudemlatex 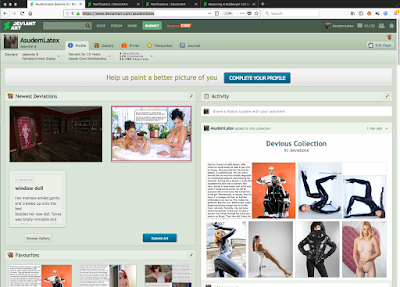 say hello and direct me to your work there as well.

now the next one could be a purpose drawn gyniod in the style of Theiry Mugler's chrome woman. 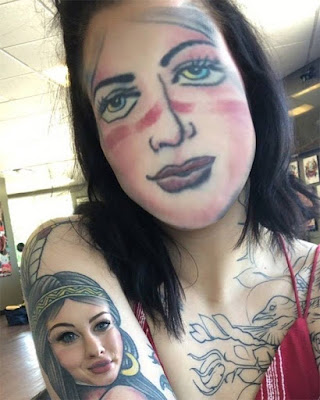 sent in from a facebook feed: face swaps of tattoo's. for more - just google the various collections out there

thought the abstraction, dollesque and twilight zone element might spawn someone to write something.

xx
Posted by Asudem Latex at 6:20 AM No comments: