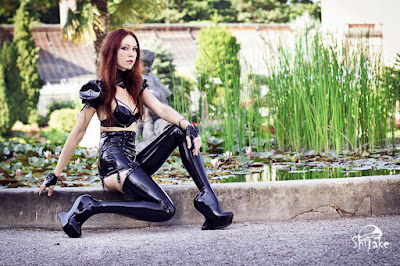 though from what i understand they're just used for photo shoots and somewhat involved / labor intensive to make. now rather than just tempt us all they have release how to guide via a deep folder in the FB page. complete sequence is bellow.

also when trying to explain these heels to someone in SL - i accidentally discovered while i have been calling them 'scooped wedges' - that they are also known as 'gravity heels'. makes sense. now if i can only find them in my size - all seem to be teeny chinese sizes. 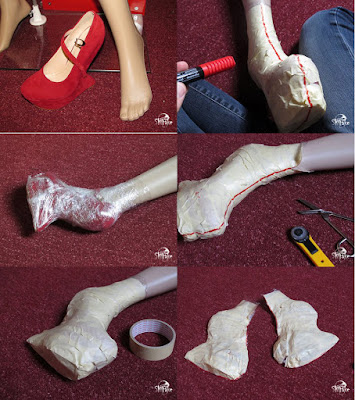 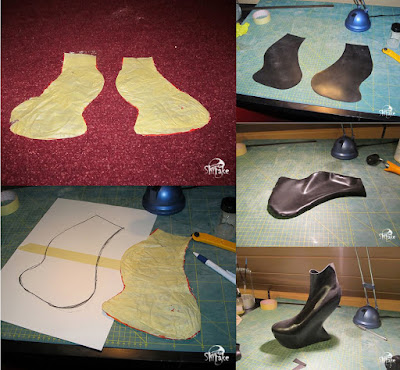 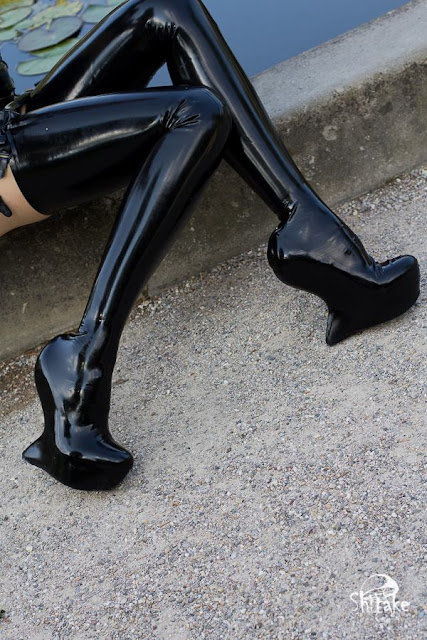 if anyone knows a latex designer who wants to make them - pls email me. i bet there's others out there for these and low heel or even flat. the last pair i had were the Siger Morrison 'Rain or Shine tall soft rubber boots which i wore to falling apart. they sometime appear on ebay btw.

you were right about chinese sizes. sorry.

now given the Shitake is German designer - where did they find the ones they worked with? what do you call them in Germany?