start of a doll case

i still harbour a very strong fetish for mannequins, doll cases and window displays. something truely kinky about those mannequins trapped behind glass. i wish i could be taken into their world... maybe one day i will.

so i was pretty delighted to see that Kink Engineering is heading rather rapidly towards a vac bed like doll case with their vertical vac monolith which i've just spotted on their site. 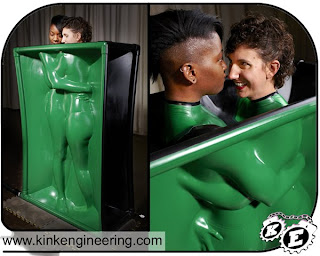 the green doesn't do it for me but the second person does... reminds me of my weekend adventures on Doll Island in Second Life where my traditional silence and reservedness was ripped aside and i caved into the pleasures presented to me. at one point there was a massive crowd watching as we were sealed into a block of lucite together.. i could of stayed that way for weeks in SL or longer with the right encouragement. i think she would of too. ;-)

so it was when wandering around Doll Island looking at case and display stand i found a giant diamond. i had tried one before and it timed out at 5 min. no where near enough.

the curious cat of course found another one with unexpected results. there were no controls, no timer. i didn't know that as i hopped into it. 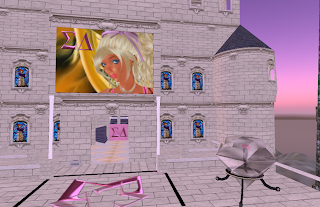 so here i am trapped again in a giant diamond on the Doll Island Castle. i have no idea how to get out. i've asked a friend to tp in and try touching it and all the usual controls - they don't even show up.